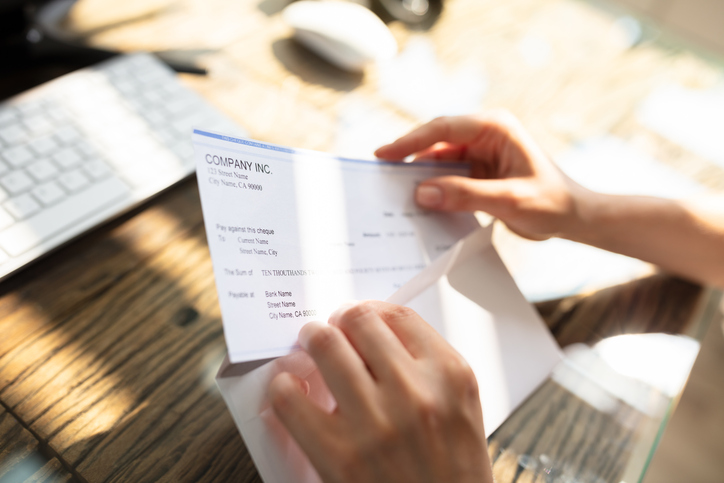 Hailing from different backgrounds be it the law enforcement, military, private security or even loss prevention, private investigators salary varies and is often dependent on the level of service degrees in areas like criminal justice, public safety, and to a great extent even psychology.

With real life private investigators turning Hollywood’s outmoded profile of the sleazy fly-by-night PI on its head, a picture that’s painted in everyone’s imagination. It is not a description that has ever really been accurate, and these days it’s barely even convincing in TV dramas that we all are accustomed to.

These are skilled professionals with a lot of integrity and an unwavering dedication to their craft working in a regulated field wherein meeting all of the important licensing requirements on priority basis means that one has to pass a thorough background check and often pay the fees of a substantial surety bond. You must make no mistake that their earning potential reflects this quite well and legitimately.

Let’s get real, everything eventually boils down to money and whether you like admitting this or not, after the concept of what is a PI, you must have wondered about how much does a PI make.

Learn more about private detective salaries, and see what you’ll need to do for becoming one of the top earning in the field:

This is a field where you’re not always dealing with a conventional pay structure like you might find in other professions. A significant proportion of PIs work independently to serve individual clients and run their agencies as sole proprietorships, while other firms might represent a number of PIs that have either partnered up or otherwise employ investigators on the payroll.

Some PIs charge a set rate for certain basic services when they have a sense of how much work will go into it. Charging hourly is also standard, sometimes calculated and billed down to fractions of an hour the same way an attorney would. Some cases are more involved and open-ended, so PIs might hold a retainer as a minimum fee to cover a certain number of hours.

All of this means that in order to give a full and accurate picture of what the income is like, we needed to pull together data from a number of different sources, including reported income that comes through salary surveys conducted by the U.S. Bureau of Labor Statistics (BLS), the reporting arm of the Department of Labor, as well as job listings. In the end, you’ll find that we provide the most complete information available on salary and income in the field of private investigations.

While a good portion of private investigators work as employees of PI agencies, financial institutions, insurance companies, and credit collection companies, they also earn a standard salary whereas many also work as independent contractors, calling their own shots and earning an annual income based on the number of cases they take or the hours they bill.

PIs working as independent contractors or business owners charge either a flat fee or an hourly charge for each assignment:

PIs charging an hourly fee often require a retainer (an initial deposit) before accepting a case. The amount of the retainer often varies according to the amount of time the PI expects the case to take and is used to pay the PI’s billable hours and other expenses. Billable hours include active working hours, as well as hours that are spent making phone calls, drafting documents, researching, printing, and traveling, among others. PIs often charge higher hourly rates for evening and weekend work.

The U.S. Bureau of Labor Statistics (BLS), provides a complete breakdown of what you can expect to earn as a private investigator based on surveys of professionals with active licenses working in the field. Surveys provide a snapshot that can be very accurate for certain industries where PIs more often receive steady paychecks as payroll employees as opposed to working as independent investigators that charge set fees or certain services or bil out hourly. Surveys are only limited by the fact that they are voluntary, so they represent information from investigators that made the decision to share information on what they earn.

As of May 2020, the average annual income for PIs nationwide was $60,100. The highest earners in the field (top 10%)—often those with a lot of experience and some formal education— earned an average income of $96,950 during this time.

You’ll likely be among the top paid private investigators in the nation if you work in one of the following industries, which reported the highest annual mean wages for PIs in 2020:

As expected, the state of California – the epicenter of business, industry, and government – came in at the top of the list for its pay of PIs, followed closely by Virginia, where personal wealth and some of the nation’s largest corporations create a lot of demand for private investigators.

The top-paying metro areas in terms of annual mean wages were:

In 2020, these were the following non-metropolitan areas came out among the nation’s top-paying in the nation, according to annual mean wage:

Factors that Can Influence What PIs Earn

Not all PIs can and do charge the same hourly/assignment fee, just as not all salaried PIs are paid the same. In the field of private investigations, experience and formal investigative training is everything. Investigators with extensive backgrounds in investigations and law enforcement, and those with formal college degrees in areas like criminal justice often command higher pay.

Private investigations is largely the domain of retired and former police officers, detectives, criminal investigators, and military personnel. And with their extensive experience in the field and deep understanding of the legal process, private investigations are a natural fit for these professionals.

Even for those without law enforcement or military backgrounds, experience can be gained working in a support role for a licensed PI, conducting public records investigations for law offices or government agencies, or even with companies that routinely perform investigations for the purpose of vetting contractors and new hires or verifying claimant statements as is the case with insurance companies. Investigative experience of any kind goes a long way towards building your resume and positioning yourself as an expert in the field – something that you’ll need if you expect to charge a premium for your services.

Plus, in many states, experience in investigations isn’t just preferred – it’s required to become licensed. For example, in California, you’ll need at least three years of investigative experience of this sort under your belt before you can qualify for state licensure.

Even for those without law enforcement or military backgrounds, experience can be gained working in a support role for a licensed PI, conducting public records investigations for law offices or government agencies, or even with companies that routinely perform investigations for the purpose of vetting contractors and new hires or verifying claimant statements as is the case with insurance companies. Investigative experience of any kind goes a long way towards building your resume and positioning yourself as an expert in the field – something that you’ll need if you expect to charge a premium for your services.

Plus, in many states, experience in investigations isn’t just preferred – it’s required to become licensed. For example, in California, you’ll need at least three years of investigative experience of this sort under your belt before you can qualify for state licensure.

Private investigators who have achieved a solid understanding of the law and criminal justice system through an associate’s or bachelor’s degree in criminal justice, law, police science or a related field often command a higher pay.

An associate’s or bachelor’s degree in an area related to investigations or criminal justice can also be very helpful when taking the state licensing exams required in some states. And in many states, a degree can substitute for some of the experience required for licensure. For example, in California, an associate’s degree in criminal justice, criminal law, or police science can be substituted for a half year of experience, while a law degree or a bachelor’s in police science can be substituted for one year of experience.

Although many private investigators choose to offer general investigative services, perhaps just as many choose to focus their careers on one or more areas of specialization. Individual clients and companies that perform investigations in the course of their business may seek out—and pay more for—private investigators who come with expert knowledge (through education and/or experience) in a particular area like:

Membership/certification in a professional association is a sure-fire way to set yourself apart from the competition, position yourself as a leader in your field, and command higher fees or paychecks, as the case may be. It’s also where you’ll find outstanding opportunities to network, participate in training and education classes and events, come together with your colleagues through workshops and conferences, and stay up-to-date on the latest legislative changes to the profession. Not only does membership in a professional association allow you to display a commitment to your profession, it adds another layer of credibility.

You’ll find many great opportunities to get involved through state-level professional membership associations. At the national level, ASIS is a big name in security and private investigations, with a membership of more than 34,000.

PIs holding the ASIS Professional Certified Investigator (PCI) credential have shown an advanced level of training in evidence collection, case management, and preparation of reports and testimony. To qualify for the PCI credential, you must have at least five years of investigative experience, which includes at least two years in case management, and you must pass a certification exam. 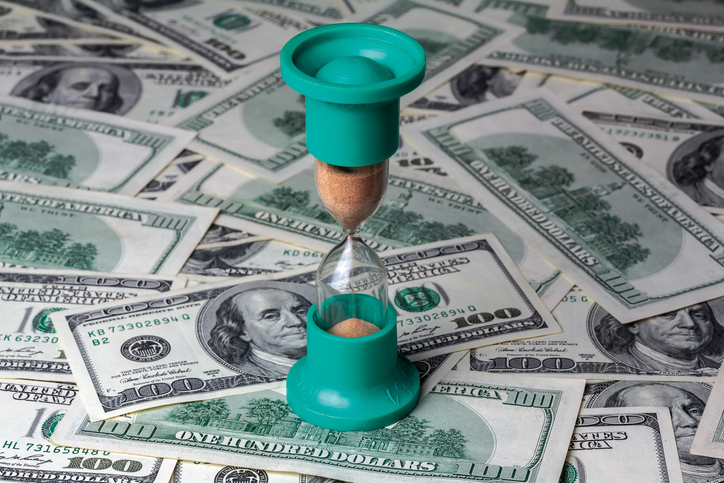 Recent job postings (June 2021) provide valuable insight into what employers are paying private investigators in different areas of the country. But more than that, it gives a sense of who is hiring investigators into the more traditional salaried and hourly positions – from local and regional PI agencies to larger outfits that contract their services out to both private companies and government agencies to private security firms to specialized firms that work to vet prospective private sector and government employees for positions that involve working with sensitive information:

The Bureau of Labor Statistics provides a breakdown of the number of licensed PIs by state, along with the range of salaries in each location (median- top 10%):

*May 2020 US Bureau of Labor Statistics Salary and Job Market Figures for Private Detectives and Investigators reflect state data, not school-specific information. Conditions in your area may vary. Data accessed September 2021..

Examples of private investigator positions were taken from a survey of job listings in June 2020 and are shown for illustrative purposes only. These examples do not represent job offers or positions that are currently available.

Ready to Become a Pi? Find private investigator schools, programs and education options near you.