How to Become a Computer Forensics Investigator in 2021 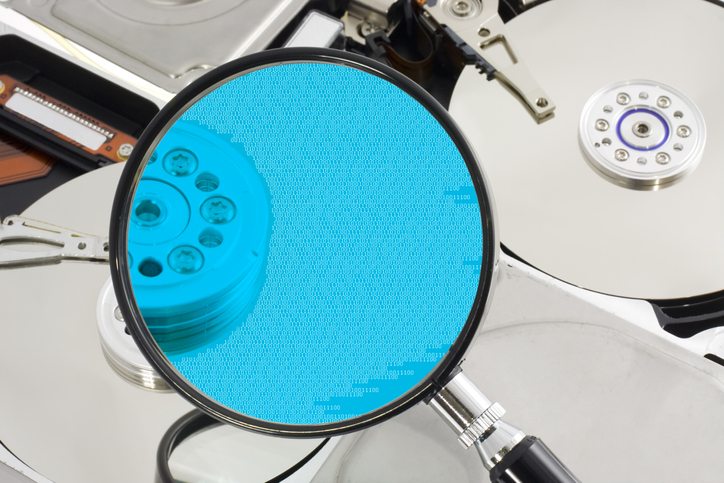 Our technology-driven, computer-controlled world has made us faster, more efficient, and more productive than ever before. It has allowed us to effortlessly communicate and conduct business, whether across town or around the globe. For investigative professionals with the right skills and enough resources, virtually any digital data stored or transmitted is accessible.

Computer forensics investigators are the professionals called upon to identify, isolate and recover digital information to be used as evidence in criminal and civil trials.

The term “forensics” means to bring to court or to use in a legal proceeding. As such, computer forensics investigator jobs involve collecting, analyzing, and presenting computer evidence to the court. This field may involve recovering digital evidence on computer-related crimes, such as hacking and identity theft, or it may involve recovering digital evidence and communications related to non-computer crimes.

Coursework in computer forensics may include courses in digital crime, computer ethics, and information systems security planning, among others.

Computer forensics investigators use a number of techniques and forensic software applications to search for hidden information and deleted, encrypted or damaged files.  All recovered and collected evidence is verified for litigation purposes.

Computer forensics investigators must have reliable methods for capturing both while preserving the integrity of the data.

Computer forensics investigators may be called upon to recover evidence from any number of computer or digital devices:

Their work may involve:

Computer forensic investigators may work for:

To achieve certification, candidates must pass an exam, which includes 115 questions and a time limit of 3 hours. Individuals are assessed on the following areas:

There are no minimum requirements for this certification, although taking the SANS training course, Advanced Computer Forensic Analysis and Incident Response, may help individuals prepare to take the exam.

The Information Assurance Certification Review Board offers the Certified Computer Forensics Examiner designation, which requires individuals to pass an examination that assesses their knowledge in the following areas:

The EC-Council offers the Computer Hacking Forensic Investigator certification, which requires completing Exam ECO 312-49, which can be taken at Prometric and VUE testing centers throughout the country. Individuals may qualify to take the exam either by possessing at least two years of experience in computer forensics or by completing an official training program through the EC-Council.

According to the U.S. Bureau of Labor Statistics (BLS) the information on the employment of computer forensics or information security analysts is projected to grow at the rate of 33 percent from 2020 to 2030 which is estimated to grow at a much faster pace than the average for all occupations.

It is also reported that there are about 16,300 openings for computer forensic investigators projected on an average each year over the decade.

Investigators working as Information security analysts ensure that they carry out extensive planning and streamlined execution of security protocols that protect all of the essential data spread across all the networking and computer systems. Most of these are found working majorly for the government sector, healthcare industries and networks, commercial banks and financial institutions that require financial protection due to bulk of sensitive data. From 2016 to 2026, this field is expected to grow by 28% which is more than the average of all the occupations with an average salary of $103,590 in May 2020 as per the BLS stats.

A computer systems analyst is generally the one who assists a company in the appropriate use of technology to increase technical efficiency with an average salary of $88,270. They help in determining the best software that could help in facilitating the operations of the company and carry them out smoothie after following a pursuit of rigorous research and extensive evaluation. Whereas, they play a key role in training companies employees in understanding the technical know-how of using a software and solving the troubleshoot issues.

A malware analyst is an expert that tries to identify and assess threats such as worms, bots, trojan virus or cyber attacks by ensuring that the company’s data is protected by examining a cyber attack and reverse-engineering the damage it has done following efficient debugging strategies. Most of their tasks revolve around developing prevention protocols that may help them block malware attacks and prepare them well for the future working at an average salary of $88,898 and even more in the top 10 percent of industry.

An information technology auditor earns an average salary of $64,772 whose sole responsibility is examining a company’s infrastructure and identifying security weaknesses that further helps in developing security plans and preventing any kind of cyber attacks from happening.

Earning an average salary of $85,800, a forensic computer analyst assists the stringent law enforcement by evaluating illegal security threats and curbing cyber crimes which they do by collecting information from the crime scene and extracting data. They carry out the essential investigation to provide detailed information regarding what type of cyber attack occurred, who carried out the attack and what data was taken.

These security consultants are experts that prevent cybersecurity threats by protecting network systems and computer systems from different types of malicious malware that may have been spread from company to company as spams or cyber attacks. Earning an average salary of $85,667, they install and update software that are launched and are best suited for the security plan thereby testing solutions far in advance by communicating developments within the company.