Become a Private Detective through Training and Certification in Washington

With the right kind of drive, focus, and investigative experience, PIs can be the ones that blow the lid off the kind of cases that make the news. You’ll never meet a PI that looks for that – it’s not exactly good for business if everyone recognizes your face from the 6 ‘o’clock news, but sometimes the cases they solve are bigger than themselves.

Ashworth College
Featured Program: Ashworth's Private Investigation program will teach you every important part of being a PI.
Request Info

In May 2020, a report from a Seattle-based PI agency revealed that Washington State lawmaker, Matt Shea, who was part of a conservative coalition of anti-government and militia supporters, was guilty of domestic terrorism in three, separate armed conflicts with the U.S. government in recent years, including a 2016 standoff with federal agents at an Oregon wildlife refuge.

The important work of this PI firm included uncovering the details involved with the planning and promotion of these armed conflicts. As a result of their work, Shea was removed from the House Republican Caucus, billed for damages, and chose to not seek reelection.

Primarily in the major metro regions of Seattle, Spokane, and Tacoma, the demand for private investigations continues to grow, particularly for PIs with military or police backgrounds, who tend to be scouted for jobs in the fraud departments of state and federal government agencies and insurance carriers.

According to the Washington Employee Security Department, there were 1,940 PIs working in the state in 2019. But with about 300 annual openings for licensed investigators, there’s no shortage of work to go around and plenty of opportunities to build a successful PI agency from the ground up.

You must have a private investigator license if you work for a PI agency in Washington providing investigative services, escort or bodyguard services, or if you offer property loss prevention services.

PI licenses are issued to qualified candidates through the Washington State Department of Licensing. To become licensed as a private investigator here, you must meet basic license eligibility requirements and secure a position with a Washington State licensed PI agency. Only once you are affiliated with a state-licensed agency can you apply for your own license.

In order to become a private detective in the state of Washington, you must meet the following basic requirements:

Licenses in any of these four categories require 4 hours of pre-assignment training in EACH of these areas:

Step 2. Apply Directly to a Private investigator Firm in Washington

An associate’s or bachelor’s degree in criminal justice, law, or related fields are very well suited to preparing private investigators for preassignment training, examination, and ultimately, the job itself.

You must decide if you would like to carry a firearm in the line of duty, which will require a Washington state firearms certificate from the Washington State Criminal Justice Training Commission. If you decide to apply for a firearm permit, and you are going to work with an agency, you can submit your firearm application through the agency itself.

If you are going to work for yourself or become an employer, you must submit the application yourself, and pay the fee as shown below.

The application for Washington state private investigator licensure can be found here.  The fees can be paid in the form of either a check or money order and are as follows: 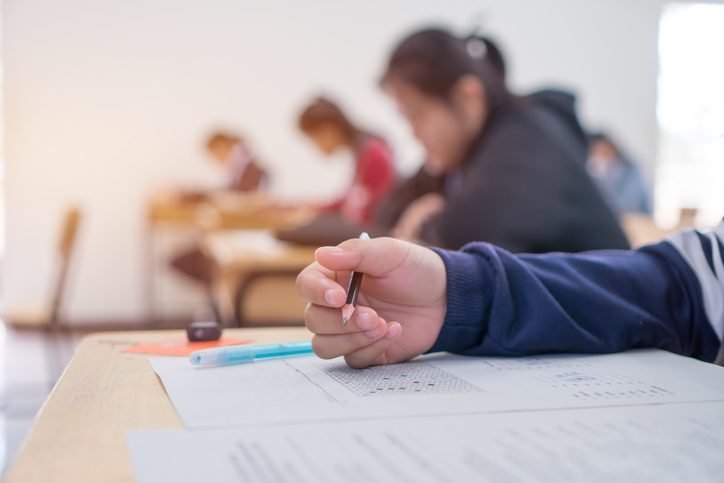 Washington does not require formal education to obtain your PI license, though, many prospective Private Investigators choose to obtain an associate degree in criminal justice or related fields in order to help bolster their knowledge and competency and to help better prepare them for the state exam.

The Washington state private investigators exam is broken down as follows:

Washington has provided the following resources to help you:

The Council on Licensure, Enforcement, and Regulation (CLEAR) is an international organization of professional and

occupational professionals dedicated to helping with issues of licensing and regulation.

According to the Bureau of Labor Statistics (BLS), the annual, average salary for PIs in Washington State was $54,330 as of May 2020 – that’s nearly the same as the national average. The real money, however, is reserved for those who have a few years of experience under their belt and have made a name for themselves in the industry. According to the BLS, these pros earned a median annual salary of $100,500 during this time.

To apply for a license from the Department of Licensing to become a private investigator, you must be at least 18 years old, pass an exam, and you must have a job offer from, or be employed by, a licensed PI agency in Washington.

To become an armed PI in Washington State, you’ll need to be at least 21 years old and have a current firearms certificate from the state’s Criminal Justice Training Commission.

Land yourself a job as a PI in Seattle—or, better yet, get your own PI agency up and running—and you’ll have a good shot at earning well in the six figures after you’ve had a chance to build a strong client list and a reputation as a trusted PI.

As per 2019, the following BLS stats reveal the median-top 10% salary range for PIs working in Washington State’s biggest metros:

*May 2020 US Bureau of Labor Statistics Salary and Job Market Figures for Private Detectives and Investigators reflect state data, not school-specific information. Conditions in your area may vary. Data accessed September 2021.

Ashworth College
Featured Program: Ashworth's Private Investigation program will teach you every important part of being a PI.
Request Info