How Investing in a Good PI Saves Retailers Billions

Before we move forward, here are a few stats on retail theft that will give you a fair share of idea about how grave and concerning this problem is: 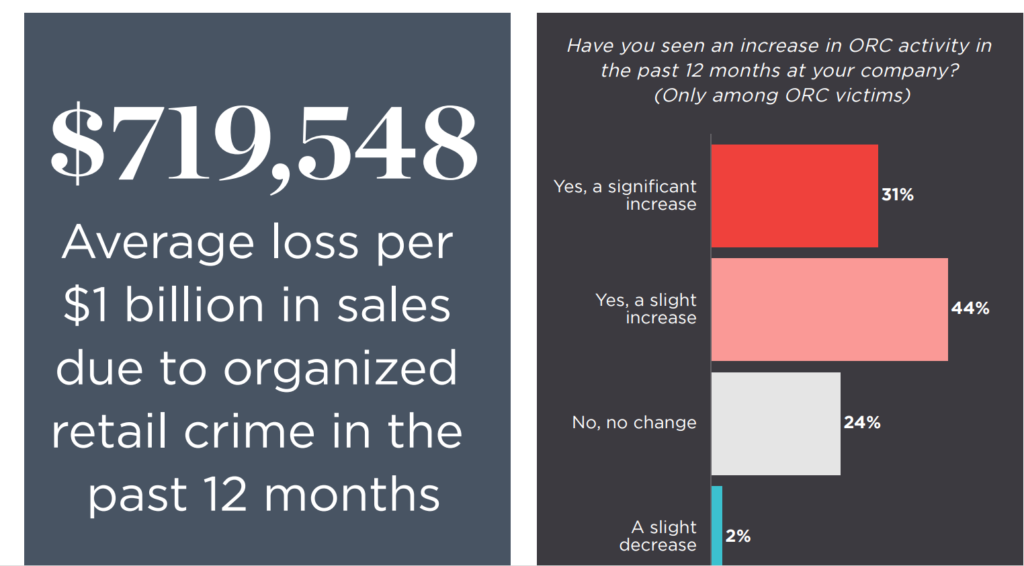 Yes, these facts indicate that retail shoplifting is indeed a crime of epidemic proportions!

So, what is a loss prevention investigator? And how does this help retailers save billions of dollars?

To help you paint a picture, imagine loss prevention investigators as the hidden camera or the private eyes of the retail store. They use fact-finding missions and good old detective work to catch shoplifters red-handed. It’s a tough job, but their loss prevention training helps them be better at what they do – catching crooks and keeping shoplifting under control; and in the process, preventing loss and unnecessary loss of revenue. 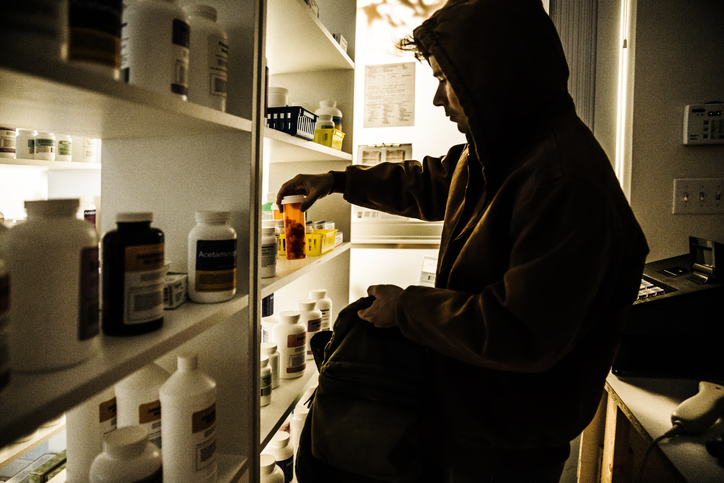 It’s a fact: losses due to shoplifting equate to billions of dollars every year for retailers across the board. It’s easy to avoid loss when there are no thieves around, but this is easier said than done because these PIs are up against skilled criminals who know their way around the retail terrain.

Investigations into loss go beyond simply watching over stores as field investigations also fall under their surveillance domain. They talk with witnesses who may have been present when an incident occurred. On-site investigations are also conducted by these PIs to gather evidence and apprehend suspects before the shoplifting incident escalates into a full-blown crime scene.

The fight is ongoing and there is always tons of work to do as long as stores are in business. Every kind of store has shrinkage losses. Retail, grocery, specialty shops, convenience stores, even thrift stores… you name it, someone is looking to score a five-finger discount.

Loss Prevention Investigators Play a Game of Cat and Mouse

Working in loss prevention is largely about being a chameleon. Professional shoplifters (known as boosters in the trade) know you’re looking for them; they know where the cameras are, what the sight-lines are through the store, and what the differences are between legit customers and store detectives.

To catch them in the act, you have to be able to see them without them seeing you… which means pretending to be just a regular schmoe browsing the racks, just like everybody else.

So loss prevention operatives come in all shapes and sizes and know how to make themselves look like they are a whole new person every time they walk out on the floor.

Of course, taking stuff off the rack and carting it around is no crime. These PIs get a sixth sense about who is planning to grab and go after a while on the job. Whether it’s just a look in their eye or the fact they just shoved four t-shirts down their pants, something tells you who to follow to the door—and stop when they try to leave without paying.

Every investigator has great stories about how creative shoplifters can be. One guy kept stealing plasma TVs at a warehouse store by repackaging them in boxes that folding tables came in… using the store’s own packaging materials to do it, right behind the staff!

In other cases, people toss perfectly good items into store garbage bins, then dumpster dive later that night to retrieve the items. Loss prevention officers see it all.

In the old days, getting eyeballs on the shoplifters was the only way to do the job. Today, cameras do a lot of the heavy lifting. Stores make most of them obvious, to discourage shoplifters, but there are often a few that are hidden, also. Either way, a lot of modern loss prevention work involves sitting at a desk, watching a bunch of camera feeds coming in from the floor.

Another high-tech advance that has dramatically changed the field is EAS—Electronic Article Surveillance, the little Radio-Frequency ID tags that are increasingly incorporated into just about every product that could be stolen. Companies like All-Tag make tags that can be fastened to clothing or other products that activate warning sirens at the store perimeter if they are taken through the sensor grid.

Since shoplifters have their own R&D system and have figured out ways to remove the tags, new variations include tamper-resistant features such as ink cartridges that explode and mark the item if the tag isn’t taken off with a special device.

Other tags are so small and so flexible that they can be hidden so that shoplifters can’t even find them to remove them.

Part of your role as a loss prevention professional will be to evaluate such systems, recommend the best options, and install and monitor them. The same goes for camera setups and even old-fashioned techniques like putting in overhead mirrors so you can watch what’s up from the next aisle over.

Unlike other PI roles, loss prevention tends to involve a lot of confrontation and physical altercation. You catch someone red-handed at the door, their fight or flight reflex kicks in. You learn how to take them down safely and restrain them or someone is likely to get hurt. Some element of martial arts training is helpful for that time you chase a guy through six lanes of rush hour traffic, into a dark alley, and suddenly he turns around and decides he ain’t running anymore.

But like every private investigator, the best weapon a loss prevention operative has is words and wit. Knowing what to say and how to say it at any given moment is what gets perps to calm down, turn around, and let the cuffs go on easily.

These tools are used to track loss over time, which allows these PIs to determine if there is a specific area in the store that’s being targeted the most by shoplifters. With this information, they can then come up with strategies that will help protect products in these areas.

Retail loss can be minimized through proper loss prevention investigator training. With these investigators taking the lead, retailers can generate greater profit, thus increasing their revenue and strengthening their company’s position in the market. This benefit reaches beyond the store owners because more jobs are created that put more money into the economy.

LP isn’t just about walk-in shoplifters, though; a dirty little secret in the trade is that a lot of theft is performed by employees. Sometimes they try to smuggle stuff out like a regular shoplifter but other times they engage in more sophisticated schemes made possible by their access to store systems such as:

These investigators are often required to work odd hours, which can make their training a tad bit difficult. But as an investigator, they know that this is part of the job because catching criminals in action requires them to put themselves in tough spots.

As they spend a lot of time reviewing internal sales records. They also work closely with the IT department to run reports to determine patterns of suspicious behavior by certain employees or in certain outlets that can provide the initial clues to undertake close surveillance or engage in questioning.

Not all shrinkage comes from theft, either. It is surprising to some folks new to the field that loss prevention involves more than just collaring shoplifters and dirty employees. Sometimes, it’s about paperwork and systems analysis. More than 19% of annual shrinkage costs are just from administrative error.

For instance, someone shipped a container to Dubuque that was supposed to go to Albuquerque, maybe.

How to Become a Loss Prevention Investigator

Loss prevention is an easy PI role to get started in. Retail stores are always hiring, sometimes directly and sometimes through agencies. No qualifications are required and typically only a high school diploma or GED.

The Loss Prevention Foundation, a non-profit agency, offers two credentials in the field:

A 100 question exam has to be passed for either certification. The mandatory LPQ course runs about 30 or 40 hours, while the LPC course is 70 to 80 hours.

Other than that, one should be at least 18 years old. You also need to have good communication skills because they often have to deal with loss prevention matters that entail sensitive information.

Knowledge of loss prevention software, techniques, and loss prevention management is also helpful although not required. Of course, keeping your nose clean should go without saying; no security employer wants to see anyone with a track record of petty theft on their resume.

Because the administrative side of the job is often overlooked, applicants who have a background in accounting or retail sales themselves sometimes have a leg up on the competition.

Understanding supply chain management and how a retail operation runs can help immensely on the internal controls aspect of the business, and employers are eager to get someone in the door who doesn’t think the job is all about running down shoplifters.

Although the primary route into the loss prevention field runs through retail chains or agencies, there are independent investigators who run their own shows. Smaller stores don’t always have the resources for full-time LPOs or don’t have constant problems with shrinkage.

They like the option of bringing in an on-demand loss prevention professional, as and when required. So setting up as an independent investigator specializing in loss prevention training is also a viable route. You’re going to want to have some experience to show or a smooth line of talk to offer, though

Interested in becoming a Loss Prevention Investigator? Find PI programs near you