Private Investigators and How to Expand into Private Executive Protection 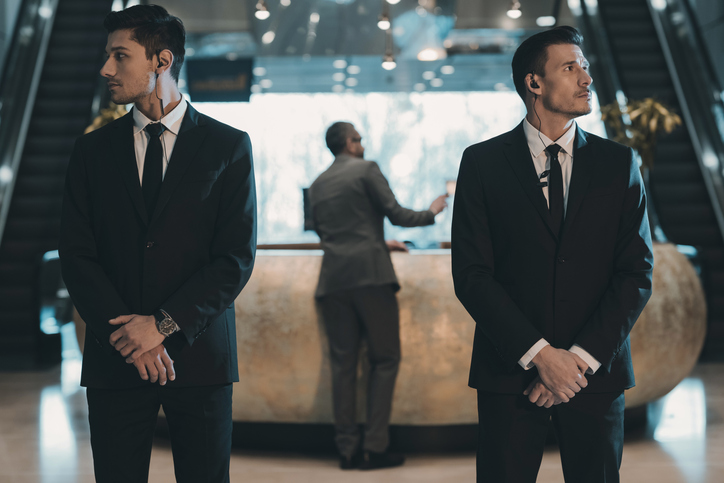 Let’s be honest: it’s really hard to get a job in private executive protection.

For starters, there aren’t really that many people who need a bodyguard. The one percent is a pretty small pool of potential employers in the first place. And even most of them don’t really need private security, just the richest and most famous.

Next, there’s a lot of people who want to get into the field. Every retired cop and discharged soldier daydreams about spending days jetting around the world guarding celebrities on secluded beaches and in upscale hotels. It’s seen as a cushy, lucrative gig, which means there’s a lot of competition when it comes to private executive security.

And you can’t talk about it. Discretion is part of the code. Playing it close to the vest comes with the territory. When bodyguards do get attention, it’s usually because they messed up—roughed up a reporter, overstepped their bounds with an overzealous fan.

But then there are those moments when the right executive protection package in the right place makes all the difference:

And demand for executive protection is surging. Every time Kim Kardashian loses a diamond necklace, phones start ringing in discrete offices around the world. Populist anger at the bank bailouts occurring during the Great Recession got Wall Street executives nervous and some firms specializing in corporate executive protection saw their business spike by 30 to 50 percent.

So, yeah, executive protection is a hard gig to get into. But for some, it’s worth the effort to get into a private security role like no other.

Executive Protection Work Is Most Behind The Scenes

Everyone is used to the beefy guys surrounding celebrities on the runway but those bullet-stoppers are just the last line of defense in executive protection. Most of the work happens out of sight, behind the scenes.

It’s almost impossible for one person to adequately protect an individual. The solo guy you see looking tough next to some B-list star is there for show, not real protection. For any sort of significant threat, a security team is used, called a detail.

Most executive protection details are modeled on procedures—and tend to use the lingo, like “detail”—developed by the United States Secret Service, widely recognized as the best agency in the business.

Profiling both the principal and potential threats is an important part of the job. For high-profile principals, for example, bodyguards will look at their public persona and determine what type of assailants might come after them… an actor known for playing villains might get threats based on the make-believe roles rather than any kind of real beef.

Since executive protection details jet all over the world with their clients, they also have to adapt to the profiles of jurisdictions they will be operating in. In the United States, it’s relatively easy to get a concealed carry permit together with your PI or guard license. But elsewhere, gun laws are stricter even for protection details. Defending the principal with non-lethal means like martial arts, tasers, and batons has to be part of the skill set a bodyguard brings to the job.

Crowd control and soft skills are a big deal, too. Protection details are the gatekeeper to the principal. Even well-meaning people can’t always be allowed through the cordon. In a five-minute span, a bodyguard might have to turn away a disappointed fan, an old friend looking for money, a potential business partner without the right introduction. The ability to do all those things without harming the principal’s reputation or business is the mark of a solid operator.

Serious bodyguards do not become buddies with the principal. Their attention is focused outward and their interactions are limited to giving and receiving direction.

How to Get a Job in Executive Protection

The best way to get a job in private executive protection is to have already had a position in some sort of paramilitary service. The ranks of executive protection details around the world are largely filled with former special operators, ex-Secret Service, or former State Department Diplomatic Security staff. When the job comes down to a single split-second decision in years and years of service, no one wants to risk an unproven amateur in the role.

Many former law enforcement and military personnel go into executive protection, but the skill set required for a successful bodyguard is quite different from what they have learned in their prior professions. Military and police training emphasizes going after the bad guys, but executive protection is primarily about the safety of the principal. Cops and soldiers have to unlearn their instinct to engage the threat and instead focus on protecting the principal and removing them from the area.

There are two boring but effective routes into executive protection that don’t involve a prior career in military or law enforcement:

Uniformed private security companies often get called on to handle the grunt work of putting bodies in between principals and big crowds at public venues… think rock concerts or conferences. After a few years of carrying around a clipboard and getting spit on by protesters, you may have absorbed enough basic information about executive security to get noticed for a more interesting job. Joining a firm that has an executive protection division can make this career path even easier.

Corporate security gigs are usually about industrial espionage, plant security, and other routine rent-a-cop interests, but every now and then, big companies need to think about and deal with potential threats to their own executives. They will usually turn to internal resources for this, so high-level corporate security jobs can be a good way to prepare for an eventual jump into executive protection.

There are no reputable certifications specific to executive protection but many academies and other training options are available. Some of the most important qualifications you can get are concealed carry weapons permits and emergency medical technician training.

Larger agencies are the norm in executive protection for one major reason: intelligence gathering is a significant and serious part of the business. If the job is about keeping threats away from the principal, then the first step is finding out as much as you can about the threats. That is a resource-intensive activity that requires access to information, including contacts in local, national, and international law enforcement. Not too many mom-and-pop security companies have the kind of resources to stay informed at such a level.

Turnover can be high at these agencies because the job is demanding—constant travel and a 24/7 focus on the principal doesn’t leave a lot of room for personal life. So big outfits like Pinkerton and Kroll are a good place to look for jobs initially.

Interested in Executive Protection? Start by finding PI programs to start your career.