Government Investigators with the Office of the Inspector General 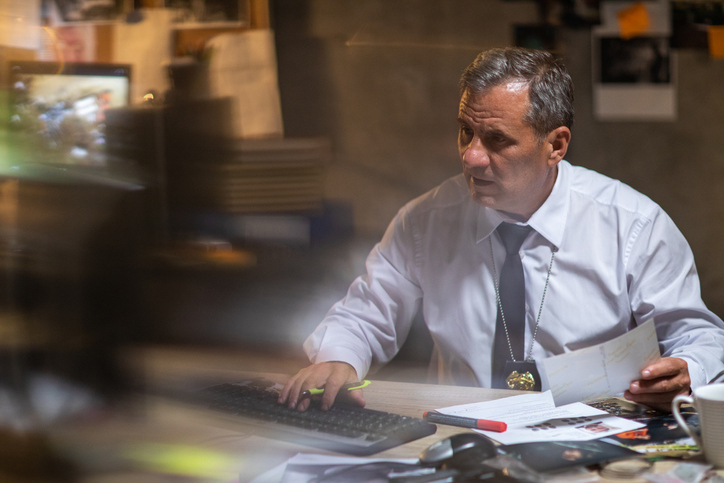 The raw, toughy-tough, and hard-boiled federal private investigators that we’re used to from films and TV shows almost always work for some shady businessman or blondes with long lashes and dark secrets.

And even when we come to think of real PIs, we usually think of insurance fraud investigators or divorce case specialists. But to furnish you some amusement, the largest single employer of private investigators is actually the government!

The Office of the Inspector General (OIG) is responsible for rooting out fraud, waste, embezzlement, and mismanagement in all sorts of federal agencies. There are 73 inspectors general in the federal government, who have well-equipped teams that investigate everything from the Government Printing Office to the Peace Corps.

In an attempt to reorganize the executive branch of the government, the Inspector General Act of 1978 established quite many offices in different departments for the Inspector General. Although, they originally relied primarily on investigators to root out waste, fraud, and corruption.

With the passage of the Homeland Security Act of 2002, many of those positions became jobs for special agents with sworn law enforcement authority.

However, much to their dismay, cutbacks that can be traced back to the ‘2011 Sequester Deal’ have hit government investigative agencies real hard. A $100 million funding cut in 2013, has left many vacancies unfulfilled which gravely impacted the scope of investigations by restricting them.

At the Department of Transportation, the number of open investigations dropped by almost half between 2011 and 2013, and it wasn’t because all their contractors suddenly sprouted halos.

So investigator positions, which are less costly to staff than special agents, are making a comeback — although the January 2017 hiring freeze announced by the Trump administration will also have an impact on the hiring of investigators.

Fraud and Financial Investigations for Government

This is a lot of scratch floating around to tempt our inner demons! All those programs require qualifications of some level or another, and stating the obvious, some folks fake those qualifications to get the money that should be going to those who are in dire need of it.

Here are two eye-opening stats for you:

Well, little did they know that welfare was never intended to be a career opportunity! This justifies shelling out quite a lot of money to investigators to track down and stop fraudulent claims.

This kind of investigation undertaken by the officials varies depending on the different programs.

A lot of investigators working on social insurance programs, like Medicare, Medicaid, or in workman’s compensation, won’t find life any different working for the government than for any private insurer.

Establishing the facts of these cases comes down to tracing the targets and documenting their daily activities so that adjusters can determine if they are consistent with the medical claims in question.

Working with creativity, a camera, and a car, these government-private investigators follow the trails and document the daily activities of claimants to gather evidence to prove or disprove the extent of their injuries.

Contract and Tax Fraud and Corruption

According to tax fraud statistics, about one in every six dollars owed in federal taxes goes unpaid.

It’s not just social services that are susceptible to fraud, though. The government as a whole spends a lot of money on external contracts, everything from toilet paper to tanks, and every once in a while some contractor has the brightest idea of cutting a few corners and lining their pockets with some unearned shekels.

And sometimes there are folks on the inside of these agencies that get tangled up in sordid bribery deals, scams, or just flat-out waste of taxpayer dollars that need to be reigned in too!

Tax evasion statistics show the more money people have, the less likely they are willing to part with it. It is reported that the top 10% are responsible for 68% of tax evasion.

The top earners are the ones that evade taxes the most as they are constantly coming up with innovative ways to do so. Most of these fraudulent cases have some well-known names, from corporate giants, musicians and actors, and even presidents.

Investigators working fraud and corruption investigations need to have comfortable chairs, because much of their work involves being buried in paperwork — sitting at a desk, auditing records, and checking for discrepancies.

They also have to be skilled interviewers, able to talk with both government and private industry staff to get both sides of the picture on suspicious transactions. And every once in a while, they have to get out of the office and burn some shoe leather on old-fashioned surveillance work too, noticing who is talking to whom and when.

Because most of these folks, whether you like it or not, are mostly working in places of business. Many surveillance privacy restrictions that trouble medical claims investigators don’t apply to contract fraud and corruption investigators. They can pull out all the stops to use high-tech recording and video surveillance devices.

Ready to become a government investigator? Find pi license requirements in your state.

In FY 2019, there was a 4.2% increase in the number of security clearances, for a total number of 4.2 million individuals with eligibility to access classified information, according to the Office of Director of National Intelligence.

And just so you know, they don’t hand these clearances out like candy. Someone went around and talked to old friends, neighbors, bosses, and co-workers for those five million folks; someone laboriously checked DMV records, credit records, occupancy, and employment records.

Those someones were investigators working for the Office of Personnel Management or the Department of Defense, the two agencies that share responsibility for issuing most federal security clearances.

Some state and municipal agencies also run background checks on potential hires, such as police agencies and fire departments.

The process of conducting a Single Scope Background Investigation, or SSBI, is one that all applicants for Top Secret, Secure Compartmented Information, or Department of Energy Q clearances have to undergo. They fill out an OPM Standard Form 86 questionnaire which goes into extensive detail about their personal history.

Then SF86 gets handed off to an investigator, and the real work begins. Every reference, every address, every job listing, for the past ten years has to be confirmed. Spouses and neighbors will be interviewed, criminal and other public records will be pulled, and educational records will be re-confirmed.

There is a lot of paperwork and interviewing in background checks but the investigator is expected to do more than just checking off boxes; instead, they are looking at the story of the subject’s life.

Do all the pieces fit together? Are the interviewees consistent, and do their answers fit with the subject interview answers?

Background check investigators need serious people skills, both to get interviewees to open up, and to read between the lines of what they are saying. 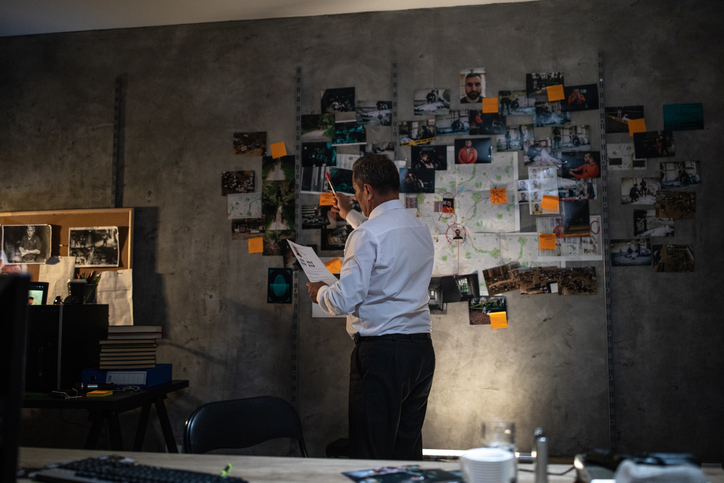 Legal investigators work on both sides of the courtroom. Defense attorneys often suspect that the cops don’t dig too deep to find exculpatory evidence on their clients and feel the need for some investigative muscle in the ring.

The police collect the evidence necessary to prosecute a criminal case but may neither have the time to go through in-depth details of all witness interviews nor the legal training to build a strong case.

And not all cases involving the government are criminal. The government can and does sue people as well as corporations in civil actions to pursue settlements. In these cases, there is no expectation of law enforcement assistance, and it lies upon the lawyers and investigators to collect evidence, interview witnesses, and build a case.

Legal investigators perform a lot of interviews and are expected to have a solid familiarity with the law. Many have either trained as lawyers or paralegals and bring those particular skill sets to bear in their investigative process.

How to Become a Government Investigator

There are as many routes to get into government investigations as there are agencies that use investigators, which is of course good news! Even if there is a hiring freeze in one agency, chances are another will still have some openings.

One thing that every agency definitely likes to see is their credentials, though. A degree in criminal justice or a related field is a way to shine up any resume you send in for an investigator position.

Some investigator roles in government have specialized requirements such as fraud and tax investigators. A CPA or a degree in accounting can give you a real leg up if you’re looking at such jobs.

And since you’re on the side of the good guys, you should have a clear idea of:

These are all the things you’ll get in a reputable Criminal Justice degree program.

You’ll also want a squeaky clean background if you want to work for the government. Enforcing the law is the numero uno to earn this outfit that is no less than a badge of honor. If you’ve got a record, you’re going to have some explaining to do!

*May 2020 US Bureau of Labor Statistics Salary and Job Market Figures for Private Detectives and Investigators reflect state data, not school-specific information. Conditions in your area may vary. Data accessed September 2021.