How to Become a Fire Investigator 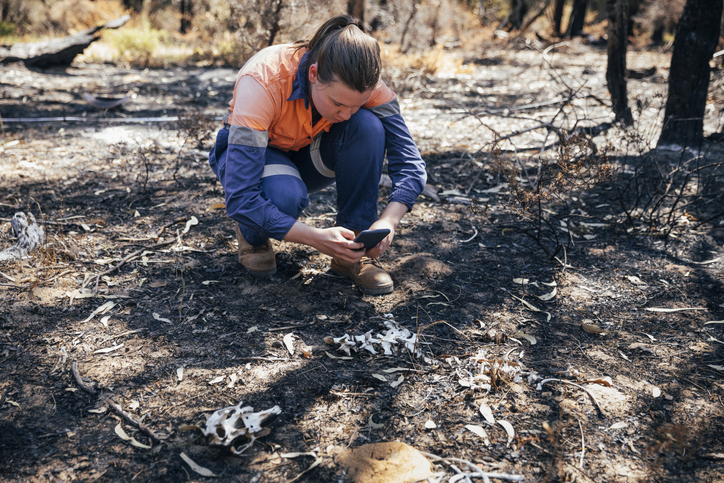 Sifting through the warm ashes of recently burned-out buildings or vehicles doesn’t feel like the most glamorous PI gig you can get while you’re in the middle of it, but it might be one of the most important. In the United States, fires set intentionally or arson cause around $700 million worth of damage every year.

Insurance companies are the ones writing the checks on most of those losses and they’re not happy being taken to the cleaners on intentionally set fires. It’s worth a pretty penny for them to get to the bottom of arson jobs, and a specialized subset of private investigators are just the mugs to help them do it.

Arson isn’t just another routine case of insurance fraud though. It’s deadly—In 2019, local fire departments responded to an estimated 1.3 million fires. These fires caused roughly 3,700 civilian fire deaths and 16,600 reported civilian fire injuries. Property damage was estimated at $14.8 billion. More than half of all arson fires are set in occupied structures that tremendously increases the danger.

So identifying arson fires and tracking down the arsonist is not a mere thrill of the chase that can discount or brush aside. Private fire investigators take their jobs seriously and go to every length and even take an extra mile to narrow down to the root cause and determine whether the fires were set accidentally or intentionally.

Private Fire Investigators Follow The Smoke to The Source

You must have come across the phrase ‘where there’s smoke, there’s fire,’ and that’s exactly what these investigators follow in fire investigations.

Fire may seem like catastrophic chaos to the untrained eye, but for PIs there is always more than what meets the eye because they know that fire follows the laws of physics like anything else. The chemical reaction of heat, organic material, and oxygen creates predictable outcomes based on the materials and quantities involved.

Arson investigators know the science behind the natural causes of fire and when they find a scene where the owner claims a fluorescent light (maximum temperature 80 degrees) has ignited a piece of paper (ignition point 218 degrees), it’s time to do more digging!

Although all fires leave unique traces and burn in different ways, arson PIs use a systematic approach to these fire investigations.

Usually, it starts with the 911 call. A lot of firebugs like to watch the circus after they set a fire. It’s not unheard of these arsonists to be the ones to call it in. Even if the caller is innocent, it is necessary to gather information on:

These initial inquiries can provide valuable evidence for the initial reporting of where the fire started and whether or not accelerants were used.

It always surprises laymen just how much evidence is left in a destroyed building, but that’s what makes it the next stop for the PI. Scorch marks, how floors have collapsed, chemical traces left in the ashes… a destroyed building is an unkempt bundle of evidence that offers important clues about where and how the fire started.

Sometimes, the evidence that’s not present at the scene of the crime gives away most of the clues… Did the owner inexplicably remove important papers from the business a week before the fire? The PI is going to want to know why and that’s how their genius unwinds!

But the adrenaline rush of the chase and crime scene investigation comes to an end soon enough. Evidence collected from the scene of the crime is delivered to the lab, and the PI heads to the filing cabinet to dig out information on any insurance policies, coverage records, and ownership information to investigate further.

Background checks on owners and close associates are conducted if warranted. This can include not only running names through the databases but getting out and pounding the pavement to talk to witnesses, friends, and neighbors.

The PI is looking for motive as much as concrete evidence at this point.

When the lab results come back is when the PI starts looking into the story from different angles to see what fits the puzzle. After gaining valuable insights and getting a solid idea of where and how the fire started, the record can then be compared to match the schedule of potential arsonists.

Do they have alibis? Did they have access to the property and the methods used? Does their history of arsons have grounds of familiarity with the case at hand?

The PI might canvas local gas stations and dig in deeper to get access to video surveillance records. And if the storyline goes by the fact that the owner was filling up five-gallon gas cans at 3 a.m. down the street from the exact property the night the fire started… He’s got some real explaining to do!

PIs fill in a lot of gaps in arson investigations. As property crimes, arson investigations are among the first to get crunched when budgets run tight! The city of Flint, for example, has only one full-time arson investigator. According to FBI statistics, arson offenses decreased 4.9 percent in 2019 when compared with arson data reported in 2018.

Although arson is considered a grave crime and Police along with the Fire Departments have the primary responsibility to investigate and file charges, insurers have the greatest incentive to dig deeper into the causes of fire.

While PIs investigating arson cases don’t have the subpoena or arrest warrants or rights that police or fire investigators have but here is an important catch: there are certain constraints that are faced by official law enforcement that PIs don’t have to worry about!

PIs can talk to witnesses or suspects without worrying about Constitutional protections about self-incrimination or the right to counsel, and can often enter scenes and obtain evidence without laborious court procedures due to the specific set of laws that governs PI work.

Better yet, information gathered by PIs in such ways can be legally turned over to law enforcement ensuring that justice is served if evidence of a crime is obtained through private investigation.

Fire investigations can pay dividends even when the fire was not set intentionally. Insurance companies are on the hook for a payout if a fire turns out to be a solid case of arson. Insurance involves liability, and even if a fire wasn’t intentional, there are often competing claims potentially involving different companies or questions of coverage. A definitive cause has to be established to answer those questions.

Insurance companies also care about the big picture. Almost every fire costs the industry money. Most industry standards for fire safety and protection in America today are driven by insurance company requirements developed in the wake of fire investigations that uncovered dangerous practices or products.

Ready to start your journey to becoming a fire investigator? Find a program

How to Become a Private Fire Investigator

Many private fire investigators have a background in firefighting. Some have been arson investigators in public service before hanging out their own shingle. In either case, familiarity with fire scenes and contacts in local fire and police departments pay big dividends for PIs in arson investigations.

Coming to the most important question you might have, how much is the fire investigator salary? According to the Bureau of Labor Statistics, the median annual wage for fire inspectors and investigators was $64,610 in May 2020. Overall employment of fire inspectors is projected to grow at the rate of 11% from 2020 to 2030, faster than the average for all occupations. 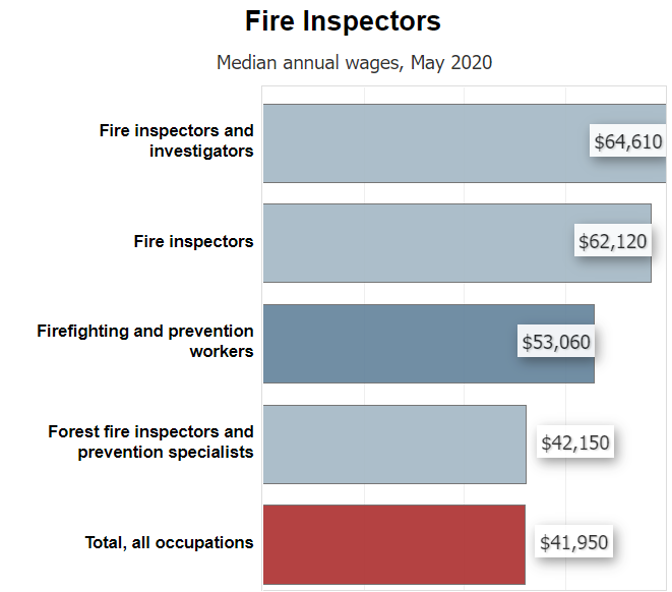 The field is overrun with professional certifications, including those from:

Now that you know how to become a fire investigator, you must also know that working as an arson investigator is not the most conventional kind of private investigation but it is also among the most respected and stable roles that a PI can take on as the work can be both challenging and rewarding.

*May 2020 US Bureau of Labor Statistics salary and job market figures for Fire Inspectors and Investigators reflect state data, not school-specific information. Conditions in your area may vary. Data accessed September 2021.

This data does not represent starting salaries. Conditions in your area may vary.

All the salary and employment data accessed September 2021.