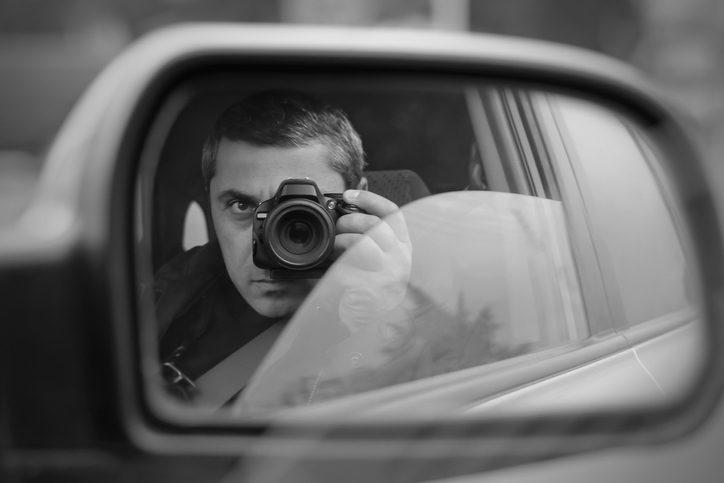 Private Investigation Surveillance is bread and butter work for PIs working all kinds of different cases, from missing persons to insurance fraud, to theft and vandalism, to determining whether a parent is fit to have child custody or visitation rights to proving marital infidelity.

It’s all about the close and detailed observation of a person, place, or thing to gather facts that can be used to build a case – whether this means watching a store that has been repeatedly burgled to see if anyone is casing it for trying to break-in or watching a person who has insurance claiming for a leg injury to see if they miraculously get up and start running around.

In virtually every case, technology now plays a major role in getting the job done by enhancing a PIs ability to gather and document intel that reveals the story of a crime or transgression.

The technology available now is the stuff of James Bond flicks – these come in all sizes and shapes micro-bugs the size of a flea, ranging from a concealable pen camera to a camera hidden in a smoke detector to an easily concealable USB block camera, pinhole cameras with fiber optic stalks, stealth drones that hover unseen over suspects and track their every move …

Out on the streets, the time-tested approach to getting eyes on the subject and gathering evidence is still very much in play. The basic approach to Private Investigation Surveillance has remained fairly static for decades – Look. Listen. Follow.

Social Media – How People Often Hand Evidence Over to PIs

That’s because seasoned surveillance detectives know that the key to most surveillance jobs is actually pre-surveillance work: getting the right address for the subject’s home or business, make and model of car, and any hints about their likely activities and destinations … Do they belong to a bowling league? Have kids on a soccer team?

An hour surfing on social media accounts because stalking is quite essentially investigation and checking Street View on Google Maps can produce enough intel to get a case off the ground, and often enough to even begin compiling a body of evidence.

The most basic technology used on almost every Private Investigation Surveillance job is the tried and tested digital video camera.

Modern dash cams which are sleek and easy-to-conceal and camcorders that are small and easily concealable but hold tens of hours of footage have incredible battery life along with amazing zoom capabilities.

Nothing can deliver the kind of clear visual proof an HD picture can, and a clear picture will almost always stand up as evidence in court. Automatic timestamps also eliminate the need for a lot of writing notes.

Like any business, PI work is all about giving clients what they’re after. The convenience of digital formats is a big deal for getting the evidence in the hands of the client quickly.

But sometimes you do need something a little more high-tech than dad’s Handycam. Hauling out your camcorder in a restaurant or office building is going to do nothing but tip off your target and blow your cover.

What is intriguing is that you will get a hang of it once you understand what a loss prevention investigator does!

So, what is a loss prevention investigator?

A loss prevention investigator is a security specialist working towards preventing and apprehending shoplifting and employee theft within a business through strict PI surveillance techniques. 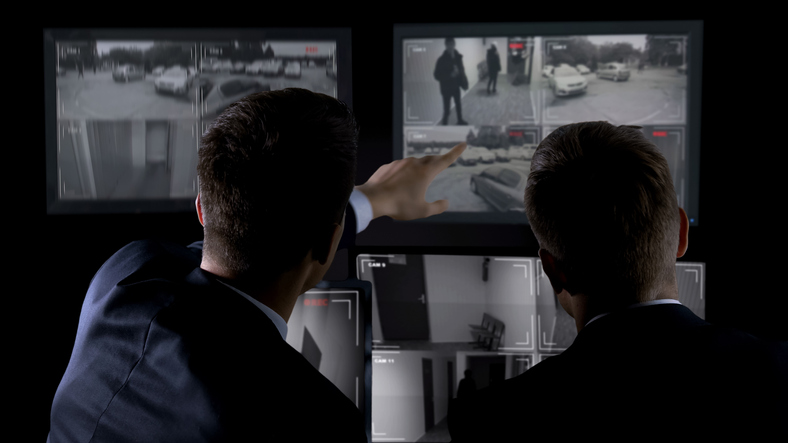 In those cases, a micro camera makes a lot of sense. You can get them disguised as buttons, Bluetooth headsets, or tiny little flexible fiber optic stalks, and can conceal them almost anywhere.

And smartphones, of course, now provide high-quality video and pictures and are completely ubiquitous. No one is going to blink twice if you pull your smartphone out in public in situations where regular cameras are sure to attract unwanted attention.

There are also situations where maximum zoom is the only way to get eyes on an isolated subject. Fast SLR with a Sigma zoom lens parked on the nose is still the best way to get those crisp, clear, long-distance shots of the subject of your investigation.

Tripods are a simple and effective accessory. New miniature models made of flexible material are perfect for propping a camera up on a dashboard for hours of coverage or twisting around a railing or light post for a steady platform.

Fixed video, in the form of security cameras, can also be useful when surveilling fixed locations. Although rarely concealed, these cameras are often rarely noticed. This basic technology still holds up when it comes to monitoring public spaces or a business that has granted permission.

There are also circumstances where audio recording is the only way to get the evidence you need. You have to be careful with audio surveillance because, in some states, all parties being recorded must be informed and grant consent. Violate that rule and you will be the one on the hot seat when the case is over.

You also have to be careful about this rule even when performing video surveillance—video recorders record audio by default, and while you will often be so far away that it isn’t an issue, in some cases the mic could inadvertently catch the subject speaking.

If you’re investigating a state with strict two-party audio recording consent laws, do yourself a favor and disable it entirely. In other states, only one party has to know they’re being recorded.

Gone are the days of wearing a literal “wire.” In states where audio recording consent laws will allow it, you can make use of unobtrusive wireless body microphones to speak with the target on a pretext, or to “wire up” your client to get something incriminating on the subject.

Good models with multi-channel transmission avoid interference and can both record and transmit real-time broadcasts to a base station up to 200 feet away.

In 2023, the video surveillance market is projected to be worth 62.6 billion U.S. dollars, with infrastructure applications forecast to make up over 36 percent of the global market.

For surveillance operations, a small, nondescript car with a respectable number of ponies under the hood and some tinting on the windows will do the trick.

Some PIs prefer vans or minivans, which makes a certain amount of sense for static surveillance – but good luck catching up with that Beamer is one.

Not to mention the fact that it’s so cliché to be conducting surveillance out of a van with tinted windows that you risk drawing attention to yourself.

Whatever you decide to drive, be sure you have the room you need for your surveillance gear.

It’s easiest, of course, to follow someone without actually tailing them, which is what GPS trackers are all about. Small, sometimes magnetic, battery-powered trackers can easily be concealed on a target’s car.

More sophisticated models can be wired right into the electrical system for long-term jobs.

In either case, you can follow their every move from the comfort of your office. Trackers now incorporate cellular transmitters that send data over the Internet, so gone are the days of having to physically access the tracking device for the data.

But GPS tracking is frequently disallowed because the owner of the vehicle usually has to permit a device to be installed. But if your case is a domestic spat, the missus may be on the title, too, and her okay is all you need to slip a little tracking puck on hubby’s ride. The law is still shaping up around this technology, so stay on top of what is legal in your state.